For the last few months I’ve been working on a project to build a connection between the Kerry Dark Sky Reserve in Ireland and the Aoraki Mackenzie Dark Sky Reserve in New Zealand. The background information can be seen in my previous Kiwi/Kerry Connection blogs. I got one article published in Ireland in The Kerryman newspaper and I planned on getting a few more published in the newspapers here in New Zealand. 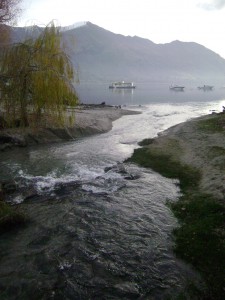 I sent pitches for three different articles to The Press, The Dominion Post and Auckland Now newspapers. The Press is a newspaper with a distribution and an emphasis on Christchurch and the surrounding region. The Dominion Post is published in Wellington and the Auckland Now newspaper is published in Auckland.  I got no reply from The Dominion Post or Auckland Now but did get a response from The Press. They said that they felt that my article was more of a community item rather than a news article for The Press and suggested that I contact the South Canterbury Herald newspaper. This is a weekly, free newspaper that has quite a big distribution in the South Canterbury region in the South Island. I did get an article published there on the 11th June which I was very happy with. They gave me credit for my involvement in the project which was great and it was good to get acknowledgement for the hard work I had put into the project over the last few months.

I also sent a pitch for an article with a different angle to the Listener Magazine and Latitude magazine. I got no reply from either of them. At the same time I contacted the New Zealand national tourism organisation Tourism New Zealand and asked them if they would be interested in publishing an article about the project. If both Kerry and New Zealand can keep the relationship going in the long run then it could generate tourism business for both reserves in the future. I got a reply from a media specialist at Tourism New Zealand to say that she would do her best to put the article on their media website, which provides resources for international media and journalists about events and news related articles in New Zealand. The article was published on this website a few days ago, called “Kiwi Welcome for Northern International Dark Sky Reserve”. The article was edited by the woman responsible for this website but it looks great and reads very well I think. I’m delighted about this being published on such an important website. Tourism Ireland, based in Auckland have expressed an interest in the project too. 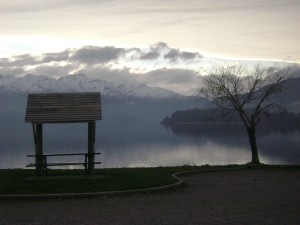 The International Dark Sky Association (I.D.A.) is an organisation that draws attention to the hazards of light pollution. It awards bronze, silver and gold tier status designations to dark sky communities, parks and reserves all over the world. They were very enthusiastic about the twinning of these two dark sky reserves and have agreed to publish an article I wrote about the project in their quarterly magazine called Nightscape which will be published in July. I’m really looking forward to seeing the article in print in this magazine. It is distributed to all the members of the I.D.A. all over the world and will also be online on the I.D.A. website.

The articles I’ve had published are on my website, on Facebook , Twitter, Google Plus, on Earth and Sky’s facebook page and other websites. Any future plans organised through this project will be published on the above social media websites and on my website. We look forward to other exciting events planned for maintaining the future long term relationship of both dark sky reserves.